Born in the lush Parish of Portland, Jamaica, in July, 1978, to parents who were artistic in their own right, Marcia was poised to take the stage. She has an authentic love for the stage from a very early age, participating in drama and other performance arts. 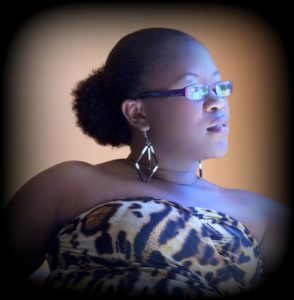 But her career path took another turn, which landed her on a stage in 1998  when she was first Runner-up in the Ms. St. Elizabeth Festival Queen and claimed first prize and the crown for the Miss St. Elizabeth Farm Queen in 1999 organized by the Jamaican Cultural Development Commission (JCDC). With so many achievements in these competitions, Marcia knew the stage was her friend and the audience loved her.

Agriculture became a career of choice to the young and vibrant Marcia. She studied at Elim Agricultural School in Brae’s River, St. Elizabeth, and then studied at the College of Agriculture, Science and Education in Pasley Garden, her home parish where she pursued an Associate Degree, majoring in Agricultural Science.

As the Farm Queen, she toured Jamaica with the former Minister of Agriculture Roger Clarke. She also put her career into play when she worked on a farm doing such tasks as milking cows and castrating pig. This Farm Queen was definitely a farm girl.

But this farm queen’s love for the stage remained strong. She participated in Jamaica’s Annual Festival Talent Shows and was a deejay with a sound system under the stage name “Copper Girl”.

However, after migrating to the United States in 2000, it changed both Marcia’s career and her relationship with the arts. She realized that the Caribbean community could benefit from a stronger cultural presence in the arts. She successfully worked as a Nurse’s Assistant and then as a Licensed Practical Nurse with plans on becoming a Nurse Practitioner.

Church, which has always been an important part of Marcia’s life, is also a place where her talent is used and shared among the youth. She was involved with the Strong Tower Ministry in Lauderhill assisting the youth group with plays and other aspects of performing arts.

She also specializes in live drama, stage poetry, and spoken word. She performed with the legendary Fab Five Band.  Marcia also performs many of her original pieces. She has even recently shared the stage with prominent dub poet Mutabaruka in her debut album with Verbal Art titled Money Few.

As a part of Déjà-vu Theatre Productions, Jackson performs at parties, wedding anniversaries and various other events.

She also conceptualized, wrote and performed in the play The Wedding in 2002. The production gained popularity and was read on South Florida’s Wavs 1170. Jackson was also a member of the (2×4) Theatre Productions, a Haitian group, in which she performed in short skits. 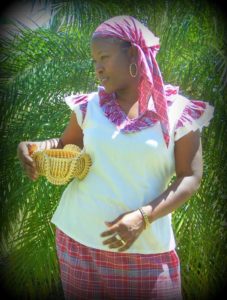 Marcia has always been fascinated by her role model, the late poet, dramatist and folklorist the Hon. Louise Bennett Coverley.

She has performed many of Louise Bennett’s poems and has wowed many audience with her renditions.  In honor of Mrs. Louis Bennett Coverley pioneering trendsetter, an annual event titled Ms. Lou In Colors by Dejavu Theater Production, Marcia will perform some of Ms. Bennett’s most well-known dialects.

Marcia is afilliated with the Breavrd Caribbean American Sports and Cultural Association (BASCA) in Palm Bay, Florida, where she mentors children in youth group and an active member of the Entertainment Committee.  She is a part of Theater World Production where she performs in plays such as Barbershop Bangarang and Delilah Meet Granny and Three Ole Goat.

Marcia is presently a member of Verbal Art Productions (VAP) and played Marcia in their play Mus’ Laugh.

She helped develop the manuscript for Mus’ Laugh. She shared the stage with Dayne McDonald who played unforgettable Maas Joe in the popular Unda Mi Nose series and Dalton Sasquash Burke, famed as the first Jamaican to win first place at the Showtime at the Apollo. 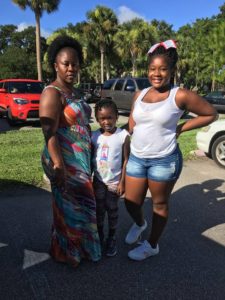 When she is not performing, she plays the role of a proud mother to two beautiful children, Charlotte and Kadiatou.  Marcia sees the stage as her playground where creativity meets cultural awareness and appreciation. This is her platform for those who are unable to speak and support those who help broadcast cultural diversity.  She strives to continue being a promoter of the arts and its historical significance.